The right way to stop the UBC subway from being built is to demand governments act to end the Housing Crisis.

Fifty-two years ago Council Meetings in Vancouver were loud and raucous affairs as people poured into Council Chamber to protest building a Freeway tearing into the heart of the city. Fifty-two years later a new fight is brewing. The city that once opposed a freeway must rise up to reject the UBC subway. The people must demand that politicians—up and down the Fraser Valley—fold transportation infrastructure spending into a plan to end the Housing Crisis.

END_OF_DOCUMENT_TOKEN_TO_BE_REPLACED

The image of Isis has always functioned in Western Culture as the vehicle for laying our collective and subliminal undercurrents bare for all to see.

Rumoured Apple Corporation’s new headquarters in Vancouver BC have come complete with the image of the work space reproduced above and analyzed below.

END_OF_DOCUMENT_TOKEN_TO_BE_REPLACED

This just in: The RGS triggers the Great Housing Crisis! Prices are 12-times over median incomes. Affordability tops out at 3-times. Who is steering the ship? 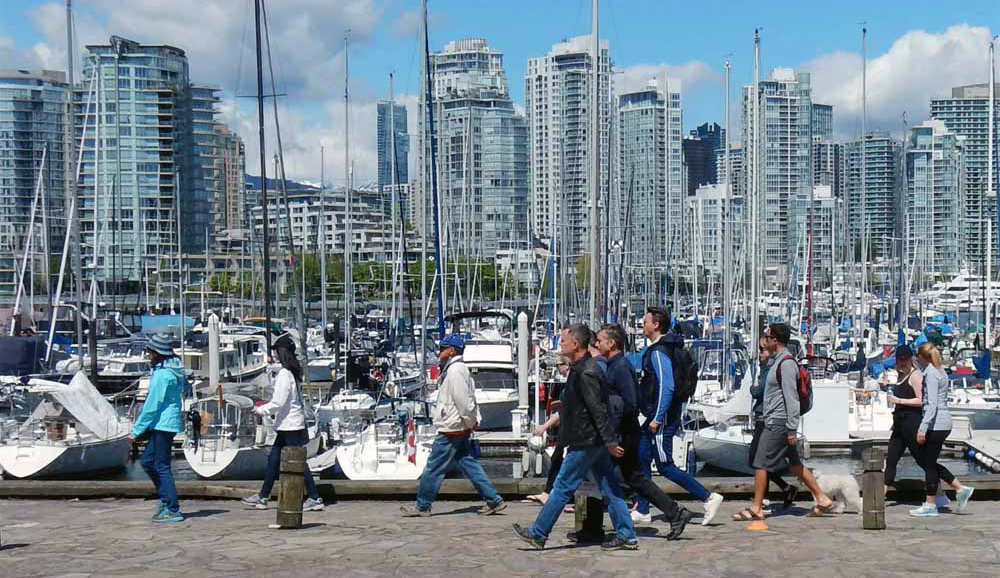 Runaway inflation in land values have triggered a Housing Crisis in Greater Vancouver. House prices in the city and in the Greater Vancouver Regional District (or Metro) have been pushed into the stratosphere. Median family incomes are up 1% over the last 11 years. Yet housing prices have risen a whopping 400% over the same period to stand 12-times over median family incomes. The Canadian dream of owning a home has been put beyond the reach of the middle and working classes. The crisis exposes major flaws in government planning at the most senior levels. The RGS/Livable Region Strategic Plan call for building skytrain-and-towers while restricting land supply. Efforts to jump start the economy after the 1980s recession got us here. Now, nobody seems to know how to get us out. Many mayors didn’t even mention the crisis during the recent elections with predictable results.

END_OF_DOCUMENT_TOKEN_TO_BE_REPLACED

The RGS and the Livable Regions Strategic Plan plan to reduce GHGs by 66% by 2040. Instead they have triggered a housing crisis lifting prices 12-times above median household incomes. Anything above 3x is considered unaffordable. END_OF_DOCUMENT_TOKEN_TO_BE_REPLACED

After 30 years of building Towers-and-Skytrain Metro Vancouver is in a Housing Crisis. What’s behind it?

30 years after the first Skytrain was built single family home prices in Vancouver have shot up by 1,167%. Far outpacing wages, inflation in property values puts in question the ability of the middle class to ever own a home:

“I want to keep home ownership within the grasp of the middle class in British Columbia,” said British Columbia Premier Ms. Clark at a news conference in Victoria, 27 July 2016, nine months and 13 days ahead of the next provincial elections—where she was ousted.

At these prices the Canadian Dream of owning a home is ruled out not just for median income earners, but for almost everyone else. Never mind working folks who used to be able to afford paying down a mortgage on a house as their primary family investment. Three forces have shaken the property markets. All originate in areas of government oversight and regulation: the shift in urban paradigm from suburban to Towers-and-Skytrain; the Agricultural Land Reserve; and Chinese flight capital washing on-shore.

END_OF_DOCUMENT_TOKEN_TO_BE_REPLACED

A truncated 5.4 KM subway and a 12 KM tram are proposed for Vancouver and Surrey. However, the costs have not been made public. Costs for recent Translink projects just keep going up and up. The culprit? Municipal pork.

On 17 January 2017 Translink announced two new extensions to the Greater Vancouver transit network: a 6 km subway under Broadway, and a 12 km tram linking Newton-Surrey Center-and-Guilford. While there are many things to like about this proposal, unanswered questions threaten to derail the discussion. Not least of which is the incredible shrinking problem afflicting the length of the new transit lines and the fact that the announcement did not include cost estimates.

END_OF_DOCUMENT_TOKEN_TO_BE_REPLACED

After 30 years of Vancouverism—building towers and skytrain—we are experiencing 2,245% price inflation in the cost of housing. This is threatening the survival of the middle and working classes along with the very fabric of our democratic society.

Vancouverism is the name given local boosters to the Towers-and-Skytrain urbanism that began building with Expo ’86. It presents with two controversial aspects. First, the towers block the sky and the view of the mountains and stop the sun from reaching the city street and sidewalks. This in a place where skies are either overcast, or raining 60% of the time. Nobody wants that. Then, the Skytrain blights the neighborhoods it crosses preserving an unencumbered ground plane for automobiles and triggering the construction of some of the worst urban spaces in the city around its train-in-the-sky stations. People would rather see the public realm supporting both social functioning and traffic—not just one or the other.

END_OF_DOCUMENT_TOKEN_TO_BE_REPLACED

Vancouver was built with a hi-rise downtown core surrounded by a human scale periphery. Vancouverism would reverse all that, throwing the door open for tower developers to have their way in the neighborhoods.

Time magazine called it “Hong-couver” in the 1990s. Between Expo 1986 and the 2010 Winter Olympics planning in Vancouver took a turn for the worse—building a tower-and-podium typology many believed would make the city ‘world class’. However, as tower developers drive into the neighborhoods in search of cheap land a different Vancouverism is emerging. END_OF_DOCUMENT_TOKEN_TO_BE_REPLACED

What if the cars are not the problem? What if plug-in electric cars can do away with pollution, and the resulting degradation of the environment? Urban, rural and natural. What if the greatest challenge facing urban sustainability are the towers and the skytrains—the private structures and public investments combining in the same site to drive up prices—rather than the cars? What if vehicular congestion is a symptom of bad urbanism, not the cause? Consider that the fleet changes over every 4 to 10 years making it possible to retrofit new clean technologies at a very fast rate. Taxi fleets have gone hybrid saving about 50% of costs and signalling that change is looming. But will it be enough to change our cities. END_OF_DOCUMENT_TOKEN_TO_BE_REPLACED

TOD—transit oriented development—was coined by the new urbanism movement in the U.S. It describes how—within a 5 minute walking distance of a transit stop—up to 5,000 people can live in a human-scale, walkable neighborhood or town with an urban room in the middle, livable streets and affordable houses. The Skytrain-and-Towers urbanism, modelled on communist development in Hong Kong and discussed here, presents with none of those required, desired characteristics.

Skytrain is being used as the preferred technology for transit in our region. Yet, as this Google view shows, significant issues in urban design present today when we add density within easy walking distance of elevated transit. The challenge we face is combining transit planning with community planning. Typically, this is done under the rubric of an urban design plan. END_OF_DOCUMENT_TOKEN_TO_BE_REPLACED